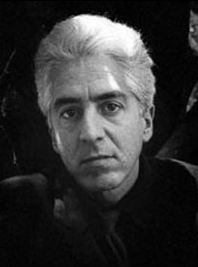 Afro Basaldella was born in Udine on 4th March 1912.

Following the death of his father he studied in both Florence and Venice, from where he graduated in painting in 1931.

In 1928, aged only 16, he exhibited with his brothers Mirko and Dino at the first and only  Mostra della scuola friulana d’avanguardia in Udine, and the following year at XX Esposizione dell’Opera Bevilacqua La Masa in Venice. Subsequently, thanks to a scholarship from the Marangoni Foundation of Udine, he went to Rome, where he came into contact with the artistic environment of the capital, spending time with artists such as Scipione, Mario Mafai and Corrado Cagli.

Following his move to Milan in 1932 he exhibited the next year at Galleria del Milione, subsequently in 1935 he first participated at the Quadrennial of Rome, and then in 1936 at the Venice Biennale, at which he also exhibited in 1940 and 1942.

In 1938 Afro moved to Paris where he was able to see first-hand the paintings of Picasso, an artist of great influence in his artistic maturity. After a short-lived phase of neocubism and various works of mural painting, in 1950 Afro went to the United States and began a twenty-year collaboration with the Catherine Viviano Gallery. The different cultural environment here further influenced Afro, and his work moved away from modern iconography such as still life, portraits and landscapes and towards abstraction.

In 1952 he joined Gruppo Degli Otto, with whom he took part in XXVI Biennale in Venice; the following year Lionello Venturi composed a critical essay in which he highlighted Afro’s passion for his work, technical skill and precision as well as the natural elegance and poetry of the artist. Moving onto 1955 he was present at the first edition of Documenta in Kassel (Germany), the Rome Quadriennale and once more alongside his brother Mirko as well as Francis Bacon at The New Decade: 22 European Painters and Sculptors, which travelled across the United States.

Afro’s art was now beginning to receive international acclaim, and in 1956 he won the award for best artist at the Venice Biennale as well as joining (in 1955) the commission for invitations to the Seventh Quadrennial of Rome. In 1958 he was commissioned to create a mural at the UNESCO headquarters in Paris. The mural, entitled ‘The Garden of Hope’, was included in a series of works, which also contained pieces by Karel Appel, Arp, Calder, Matta, Miro, Picasso and Rufino Tamayo.

The continuation of his work saw Afro invited to the second Documenta in Kassel as well as winning first prize at the Carnegie Triennial in Pittsburgh and the Italian prize at the Solomon R. Guggenheim Museum in New York. Afro’s final painting shows significant changes between 1960 and 1975 in his approach, with his later works characterized by an increased focus on graphic work rather than painting.