Ancient and Modern Classicism in Italy

For the Summer of 2020 Galleria del Laocoonte and W. Apolloni of Rome have prepared a monumental exhibition centred around the inspiration that Italian Twentieth Century art drew from the ancient Graeco-Roman figurative civilisation. Among the many works presented, the wide painted panel by master of fresco Achille Funi (1890-1972), representing Parnassus, towers over every other. Pompeian in inspiration, it used to decorate the classroom in Brera where the painter himself taught fresco technique until his death.

Another exceptional piece, for both size and force of expression, is the coloured cartoon by Alberto Ziveri (1908-1990) depicting the goddess Minerva with the attributes of Rome, employed to make the colossal mosaic for the firefighter’s school near Rome. A small, exquisite bronze by Duilio Cambellotti (1876-1960) entitled Armour, celebrates the ancient roman rural labourer that would take arms if his Country were in peril, combining the dynamic simplicity of modernity with the memory of archaic pre-classical bronzes. In a similar way the sculptor Libero Andreotti (1875-1933) cast his Venere-Fortuna as if it were an early renaissance bronze. In addition to this, La Vigne, a rare sculpture by Andreotti in Candoglia’s marble – the stone used at Milan’s Duomo – portrays a seductive Bacchante, with a drunken little Bacchus lying on her back, the teeth marks of the chisel recalling Michelangelo’s non-finito working practise. 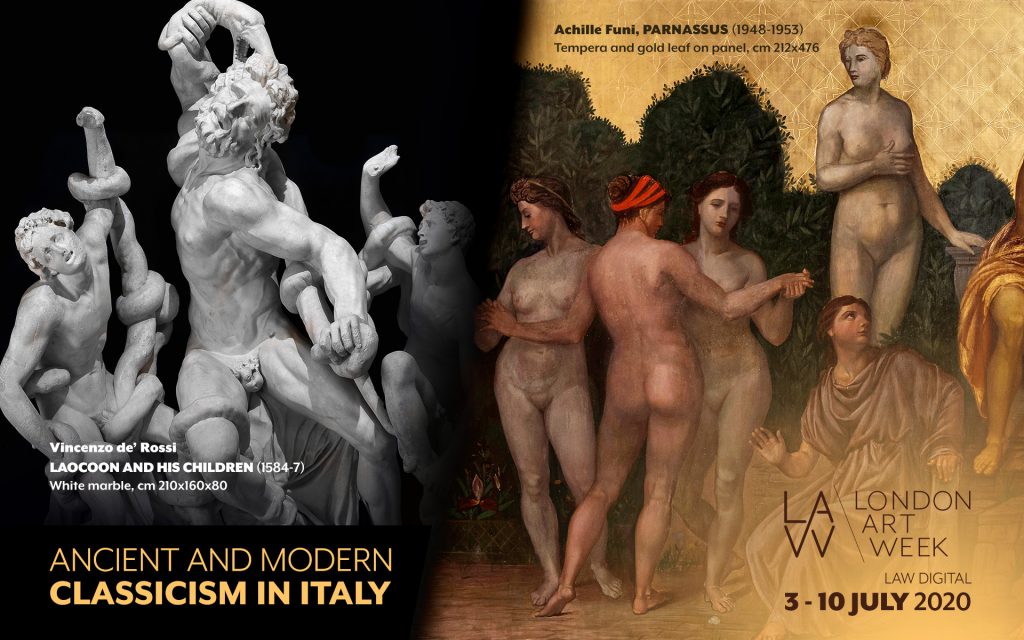 Beauty and struggle are what we prize in art, as shown by our adoption of Laocoön as the symbol for our galleries in both Rome and London. The life-size Laocoön marble group by Vincenzo de’ Rossi, a two tonne mannerist masterpiece that stands at the centre of our roman exhibiting space is both a symbol and an aesthetic paragon for us, and can be viewed alongside Patrick Alò’s contemporary interpretation of the same subject thanks to London Art Week’s new online platform. 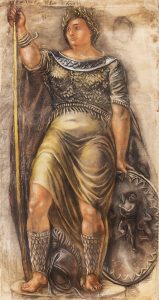 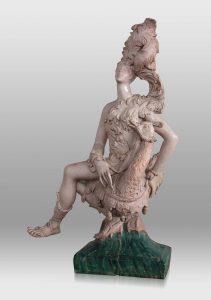 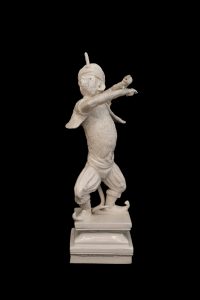 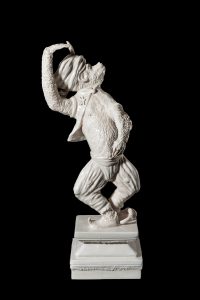 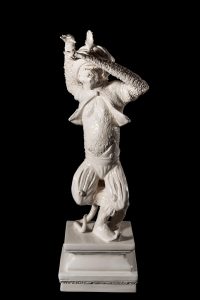 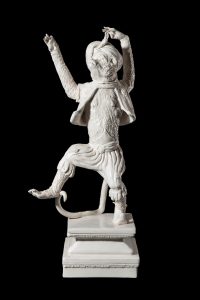 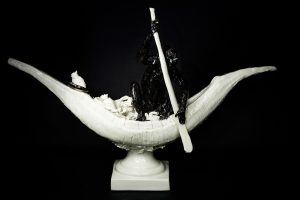 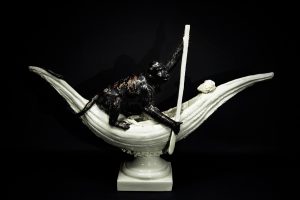 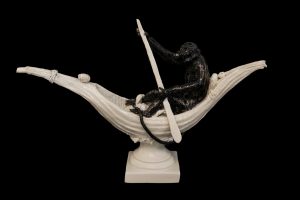 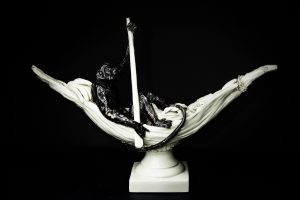 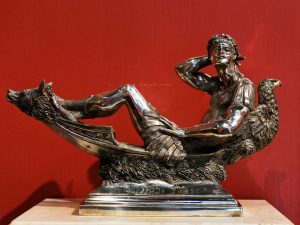 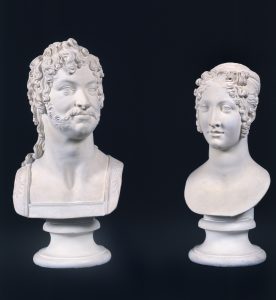 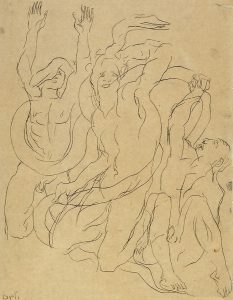 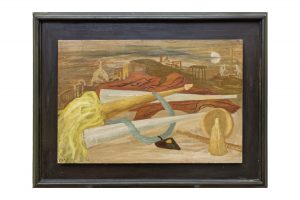 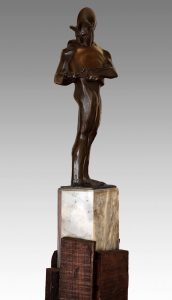 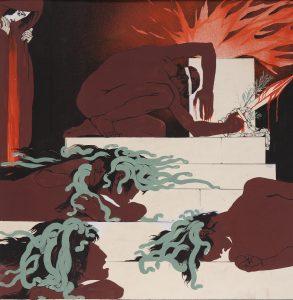 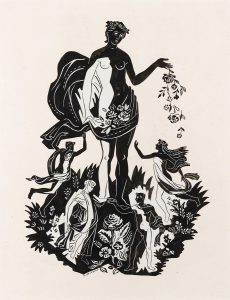 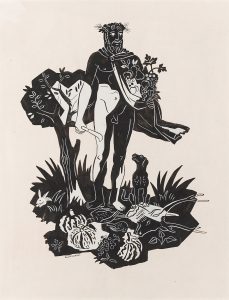 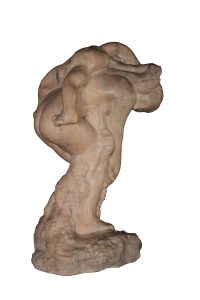 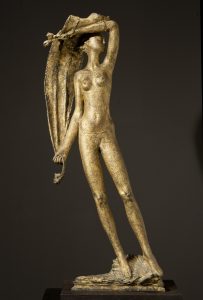 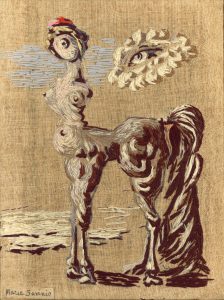 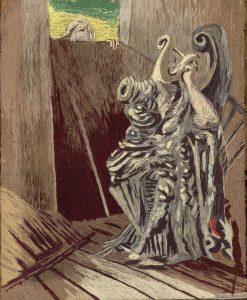 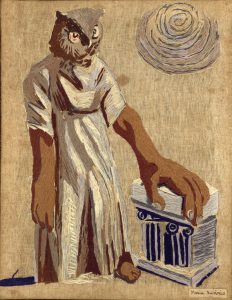 The return of the goddess to the temple, 1944

The return of the goddess to the temple, 1944 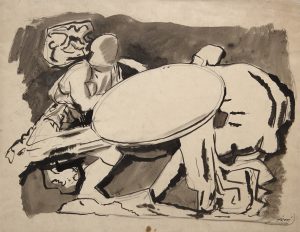 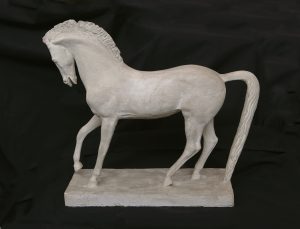 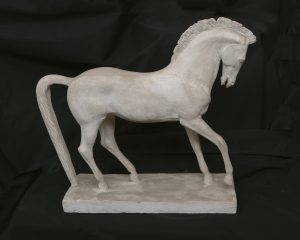 Remembrance festival of the proclamation of Italy, 1910

Remembrance festival of the proclamation of Italy, 1910