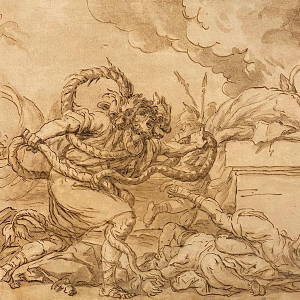 Giuseppe Piattoli the Younger was born in 1748. He was a painter and engraver active mainly in Florence. He specialised in depicting scenes from both the Old and New Testament, as well as from classical mythology.

His father, Giuseppe Piattoli the Elder, was an engraver from Sardinia. Both his mother, Anna Bacherini Piattoli, and his brother Gaetano were painters. He died in 1834.

In 2006, the record price for the artist’s work was achieved at auction. The work in question, was a thirty-six page album of compositional and academic studies which sold at Christie’s London for $20,138 USD.