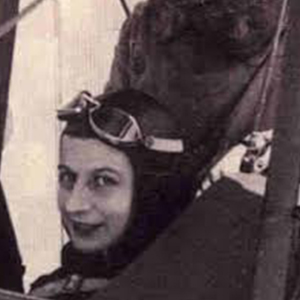 Marisa Mori (Maria Luisa Lurini) was born in Florence in 1900. In the signing of her works she used the surname of her husband Mario Mori – who was a topographer, journalist and poet who she married in the early twenties.

In 1918 she moved with her family to Turin, where she made the journey into the world of painting alone, with the exception of the advice and encouragement afforded to her by a family friend – the sculptor Leonardo Bistolﬁ. Later she enrolled at the private school founded and directed by Felice Casorati, at which she attended classes between 1925 and 1931 before she eventually began working there. In 1926 she participated in ‘Esposizione delle vedute di Torino’ at Palazzo Bricherasio along with a group of students of the Casorati School. The group included: Nella Marchesini, Daphne Maugham, Paola Levi Montalcini and Lalla Romano. While in Turin, she also took part in various exhibitions organised by the ‘Promotrice di belle arti del Valentino’ (1927, 1928, 1930). Mori also participated in the IV Turin Quadriennale (1927), the Annual Exhibition of Casorati (1928); and also in the ‘Sindacali’ of 1929, 1930, 1931 and 1932. In November 1931, in Chiavari, she participated in an exhibition of Futurist painting, sculpture and decorative arts by designing a series of ceramics which were subsequently produced by the company Mazzotti in Albissola. In 1932, Mori’s commitment to Futurism was conﬁrmed by the intense exhibition activity that she was involved in with the second generation of Futurists from the regions of Liguria and Piemonte. In 1933 she was invited to the ﬁrst National Futurist Exhibition in Rome. That same year, she moved to Florence with her husband, with whom she became part of the Futurist group led by Antonio Marasco. Again in 1933, she won a prize at ‘I Mostra futurista di scenotecnica cinematograﬁca’ at the Bardi Gallery in Rome for a plaster model she made for the ﬁlm ‘Sintesi dell’isola d’Elba’. Mori’s interest in theatre and cinema led her in the mid-thirties to enrol at the acting school of the Academy of Fidenti in Florence, where, after the war, she taught the history of costume. Mori also contributed to the drafting of ‘Cucina futurista di Marinetti e Fillia’. In April of 1934 she set up her ﬁrst solo exhibition in ‘Spazio Bragaglia’ in Rome. Her Futurist work was also exhibited at the Rome Quadriennale in 1931, 1935 (Ritorno dalle colonie marine) and 1939 (Concerto di fabbrica sulle Apuane). In the late thirties, in staunch disagreement with the current racial laws, she showed hospitality to Rita and Gino Levi Montalcini which put her relationship with Futurism into question. After her husband’s death in 1943, she ﬁnally abandoned the Marinetti movement. In doing so, she returned to a representation of classical and naturalistic themes such as portraits, still life’s, masks and nudes. In 1951 she presented a painting, ‘Studio per il ritratto di Vera Zalla’, at the VI Rome Quadriennale. Following this, Mori led a secluded life, exhibiting rarely and almost exclusively in women’s art exhibitions sponsored by the cultural circle Florentine Lyceum. In this last phase of her career she painted mostly ﬁgures, landscapes and still life’s – participating in numerous painting competitions. She died in Florence on 6th March, 1985.