is the latest in a series of meaningful exhibitions by curator Monica Cardarelli to be brought to Laocoon Gallery of London following its successful inauguration in Italy. 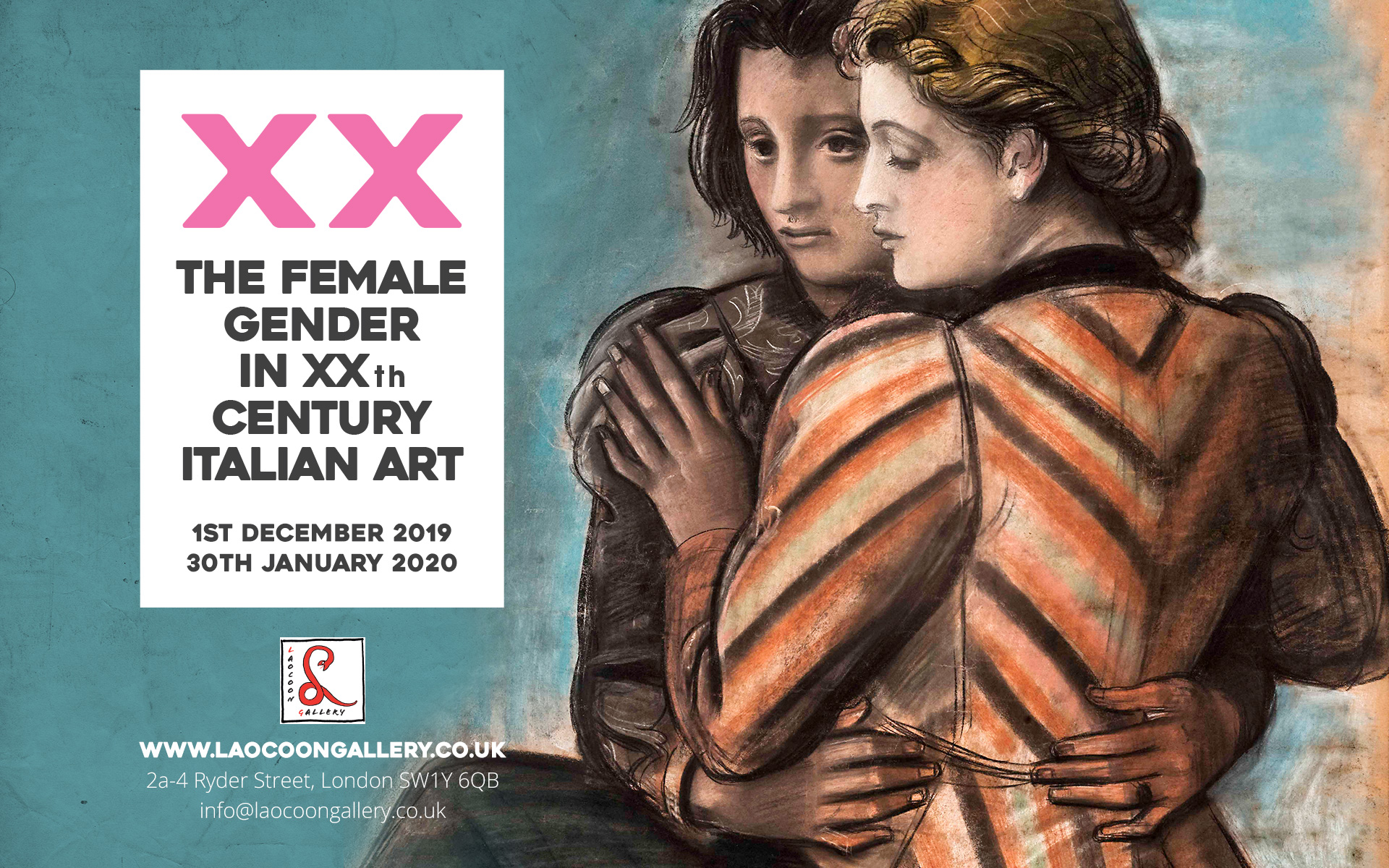 The exhibition comprises around one hundred works, with techniques ranging between paintings, drawings, pastels, bronzes, terracotta and ceramics, of Italian artists from the 20th Century who represented as many female figures. Wives or lovers, virgins or prostitutes, holy mothers like the Madonna or man-eating she-devils.

Chaste teenagers or mature Magdalenes, but also goddesses, nymphs, legendary personifications of Spring or Italy, imposing and shapely figures wearing crowns of turreted walls. The title of the exhibition uses “XX” as both chromosomes and Roman numerals in order to represent not only the genes that determine a woman’s sex but also the 20th Century, an era which saw unprecedented change in the role, status, appearance and condition of women.

Exhibition curator, gallery director and strong advocate of women’s rights Monica Cardarelli, who has researched and brought together this astonishing selection of art portraying the female gender in its many representations and transfigurations, says of the exhibition, “In a single image we can find a myriad of stories and destinies that intertwine and overlap, and this is also the case for each of the other images that make up this exhibition. Each contains stories that oscillate between past and present, leading to a series of reflections, to which are added those generated by their being together, by the dialogue that inevitably they entertain while standing side by side.”

The exhibition runs from 1st December to 30th January, inviting visitors to explore and share their responses to the vast array of inspiration adorning the gallery walls.